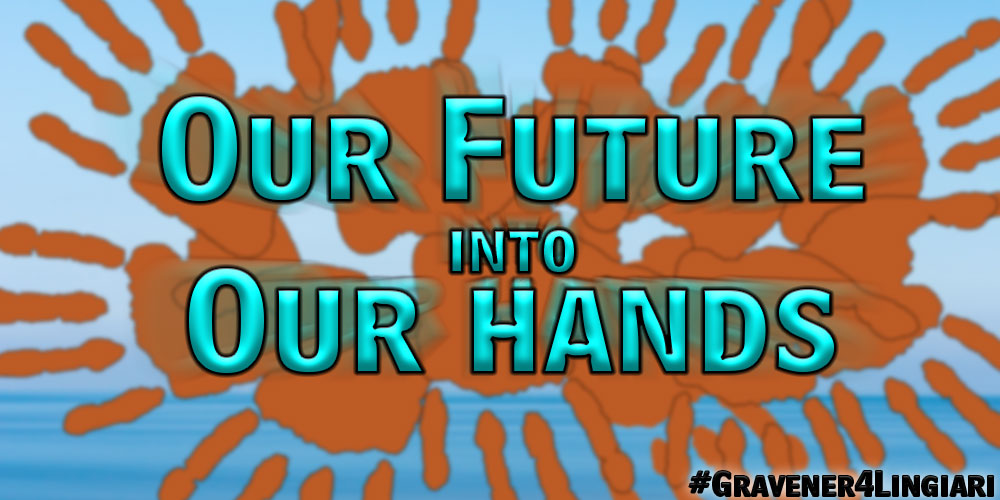 Michael Gravener is running as an Independent Candidate for the Lower House seat of Lingiari, demanding the Commonwealth gives the Northern Territory the respect and attention it deserves.

Years of bipartisan polices have failed remote and regional Australia. This is truer than ever for the people of Lingiari, who have suffered through a culture of exclusion, inhumane and short-sighted policy impositions from Canberra, causing a deep poverty and community disharmony to become the norm. Michael’s demand for the region is simple: “Our Future in Our Hands”.

Michael has been a champion of the Aussie “fair go” for his entire life. Shocked and angered by the treatment his intellectually disabled sister received, Michael was still a young adult when he first sought justice and brought lasting change for marginalized peoples.

Michael’s fearless passion for justice has grown through 40 years of encounters with people in regions across Australia and Papua New Guinea. Michael has lived and worked in remote communities across the electorate of Lingiari for 15 years and has developed great love and passion for the people of the NT and an awareness of an incredible amount of untapped potential.

Michael sees three key areas that if prioritized, will unlock all that the NT and its people have to offer:

“We can become an economic and cultural powerhouse and the safest and most harmonious place in Australia to live and work” .

“There will be No Economy, without an Ecology” he adds. “The lack of urgency  to act on the Climate challenges by the major parties is a betrayal of all Australians today and generations to come.”

“Environmental Justice is impossible without Aboriginal Justice” states Michael. “On the global stage Australia positions itself as a beacon for others to follow, all the while desperately covering up the entrenched poverty far too many Australians live in.

Michael is adamant that these three areas will provide the groundwork for a NT that can become the envy of the nation. “Our Future should be in Our Hands” he states. “Then, we can empower every resident of the NT to become the best, and share in all they have to offer!”